Cast Of Each Comic 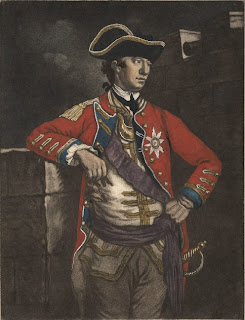 Mrs. Elizabeth Loring has gone down in the pages of history as the notorious mistress of Britain's General William Howe.  Making matters worse is the claim that her husband turned a blind eye to the affair in order to receive a lucrative government appointment.

While Joshua Loring was overseeing the housing and feeding of rebel prisoners during the winter of 1777-78, his wife was part of the General Howe's entourage that was enjoying the delights of Philadelphia. Records of the period note that Elizabeth accompanied Howe "everywhere" in the city and that she "became a leader in society". Was she simply a good friend and companion -- or his mistress?

Whether innocent or guilty, Mrs. Loring's reputation as the British general's mistress would be set in stone in 1778 thanks to an often-quoted bit of propaganda titled The Battle of the Kegs. Written by Francis Hopkinson, a man who had signed the  Declaration of Independence, the poem contained this verse: 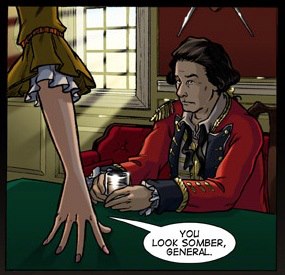 Sir William he,
snug as a flea,
Lay all this time a snoring,
Nor dreamed of harm
as he lay warm,
In bed with Mrs. Loring.

Was Hopkinson stating what everyone already knew, or was he making a salacious conjecture? It would not be the first time an enemy leader would be accused of sexual impropriety. Although some historians claim that there were many such "ditties" exposing Howe's reputed indiscretions, Hopkinson's poem is in fact the only such jib at the British general. Does one poem a mistress make? 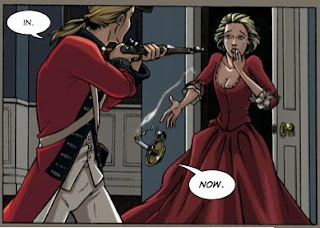 A decade later, Judge Thomas Jones offered his own opinion of Mrs. Loring when he wrote his manuscript about the Revolution in New York. A loyalist himself, Jones was furious that the British had lost the war and lay the blame squarely on Howe's shoulders -- and Mrs. Loring's charms.

"As Cleopatra of old lost Mark Antony the world, so did this illustrious courtesan lose Sir William Howe, the honour, the laurels, and the glory, of putting an end to one of the most obstinate rebellions that ever existed." 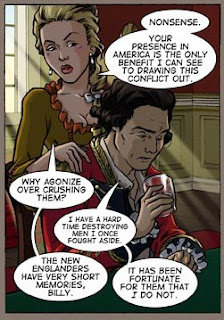 Was Jones giving an impartial ruling -- or did his contempt for the bungling of the British military blur his vision of the actual events? Interestingly, he offers no details to back up his charges -- a curious omission for one who was use to gathering evidence to prove a point in a court of law. 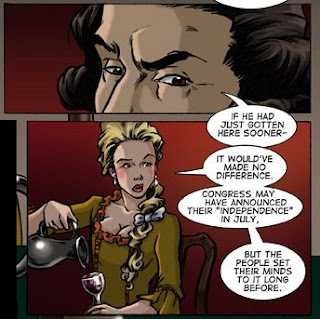 Coming to Elizabeth Loring's defense are two American historians, hardly the sort of people who would take the side of a loyalist. Eva P. Boyd points out that Hopkinson's poem and Jones' history are the only two sources that suggest Elizabeth Loring was anything more than a companion to General Howe. Was the 25 year-old beauty and mother of two --as Boyd suggests-- merely "careless of her reputation" during that winter in Philadelphia? Had Howe and Loring simply "danced too often together"? 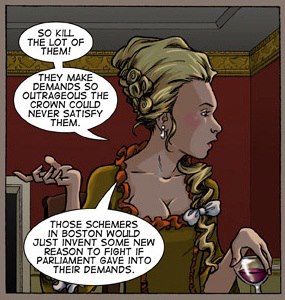 Another American historian, John Alden, allows that perhaps the loss of her child in 1775 and the political upheavals might have led Elizabeth Loring to embrace a devil-may-care lifestyle. However, he thought it much more likely that Elizabeth was simply guilty of being indiscreet and that she became the victim of scandal-mongers. 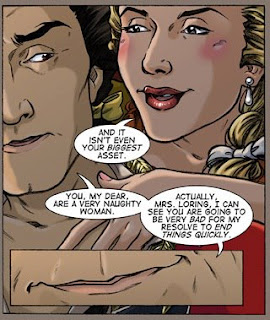 In 1778, the British government removed William Howe from his post, and he returned to England. Although Joshua Loring continued on as prisoner commissary in New York, Elizabeth and their two children left the colonies for England with Joshua's parents, his sister, and her orphaned children to wait for the Revolution to end. 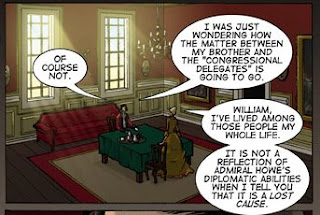 There is no record that Elizabeth and General Howe ever encountered one another between 1778 and 1783 after their arrival in England. Two letters of Joshua's that were written to Elizabeth during their separation contain warm expressions of affection -- hardly the emotions of a man who was reputed to have allowed a friend to take his wife as a mistress or who believed that Elizabeth was seeing Howe in Britain. 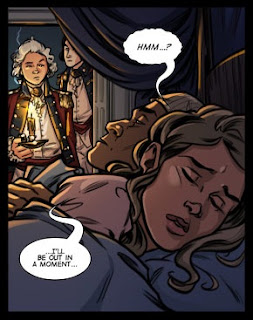 At the end of the war, Joshua and Elizabeth were reunited in England. They settled in Reading, and over the next six years had three more children. In 1789, after a long period of poor health, Joshua Loring died at the age of 45. Elizabeth, a 37 year-old widow with five children, appealed to the British government for financial compensation.
Elizabeth wrote in her petition that "they must sink into the most distressing State of Poverty unless Relief is extended to them." How would the British government respond to this plea? Tens of thousands of loyalists had sought refuge in England. What would make this woman's petition worthy of consideration? However, a 59 year-old veteran of the Revolution put quill to paper and wrote the government on Elizabeth's behalf.
"I certify to the Facts as stated in this Petition relative to the late Mr. Loring's Loyalty, to the Widow's present distressed circumstances, and to the affluent income Mr. Loring enjoyed in America." The note was signed by none other than Sir William Howe.
Elizabeth's petition was granted, and for the next 42 years she received a government allowance until her death at 79 years of age in 1831.
As Eva Boyd points out, it seems unlikely that the British government would give Mrs. Loring a widow's pension (or pay any attention to Howe's plea on her behalf) if the two "lovers" were, indeed, the reason that the Thirteen Colonies were lost.
There is another clue --though not proof-- of Elizabeth and Howe's innocence. The fact that the Loring children went on to do so well in English society also calls into question whether their mother had truly been a general's mistress. Henry Lloyd Loring became the first Archdeacon of Calcutta. His older brother, John Wentworth Loring became an Admiral in the Royal Navy.
Elizabeth Loring's case is not as clear-cut as some historians would have us believe. Was she a general's mistress -- or a victim of malicious conjecture? 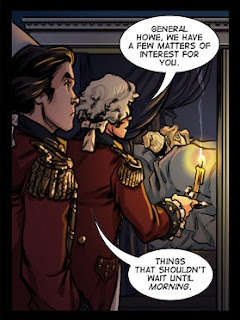 Posted by Sleepy Hollow And Other Webcomics at 8:05 PM

New comments are not allowed.

DON'T FORGET TO VOTE! ON TWC